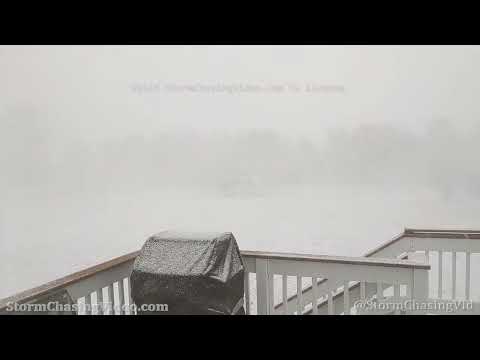 An intense snow squall plowed through southern NY state, bringing strong winds, intense snow and rapidly falling temperatures. Visibility was near white-out conditions while the squall was in progress, but it only lasted about 15 minutes.