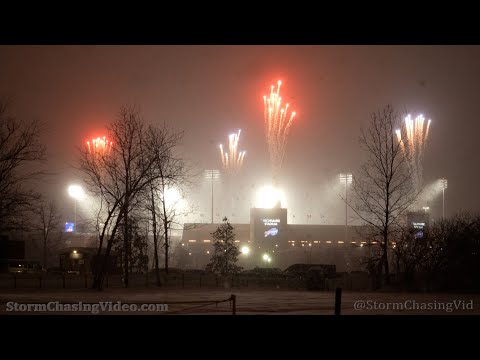 1. Fireworks and crowd roar from Highmark Stadium (Home of the Buffalo Bills) after the Bills kicked the game-winning field goal as time expired with heavy lake effect snow falling in Orchard Park, NY

2. pushed-in shot of Highmark stadium as very heavy lake effect snow hit during the final minutes of the game in Orchard Park, NY

3-5. SUV stuck inside deep snow in ditch next to road with police and wrecker assistance in Orchard Park, NY

6. State Trooper hit by car on Interstate 190 in Buffalo, NY

7. car stuck in ditch next to Interstate 90 in Buffalo, NY with police assistance