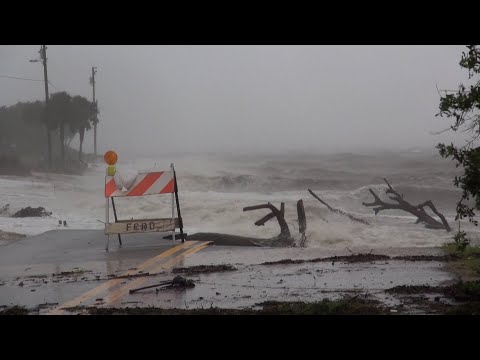 interception of Hurricane Hermine in the Florida “Big Bend” area / panhandle from August 31 through September 2, 2016. The storm made landfall near Alligator Point (Saint James) during the late evening of September 1, 2016 and into the early morning of September 2. Hermine began as a persistent wave that originated off the coast of Africa, and moved across the Atlantic basin, only to develop while it was in the SE Gulf of Mexico. The storm moved northward, then northeastward, becoming a tropical storm, then a hurricane, and making landfall at category 1 intensity (roughly 80 MPH) near and slightly east of Alligator Point, Florida during the night of September 1-2.