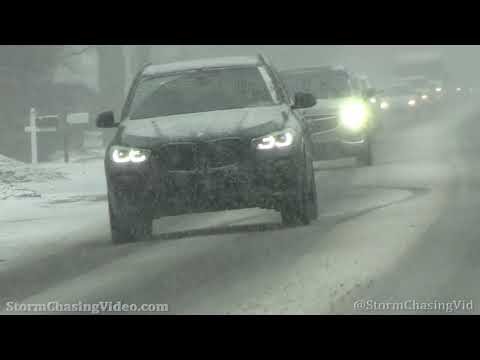 00:00 Intro shot, White Pigeon, MI 40 second clip of a slide off accident with emergency response crews on US 131 at the Michigan-Indiana Border south of White Pigeon, Michigan. Icy road conditions prevalent at the time of this video. US/Michigan flag shot with snow at the end.

02:29 – Area river flooding due to rain and snow melt off, Elkhart County, Indiana