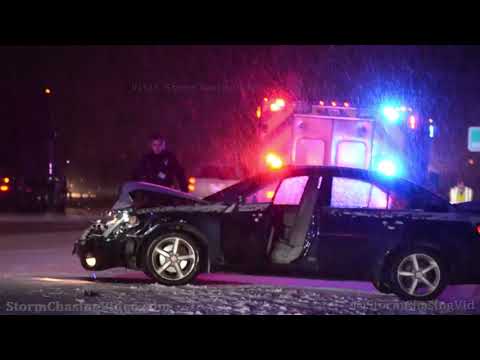 A light snow across the Twin Cities metro area resulted in slick conditions and several wrecks along area roads. The following video has clips from wrecks along Hwy 35 between Cedar Lane and Hwy 77 in Eagan, Minnesota. The first clips are from a car versus semi crash. Only minor injuries were being reported from the driver in the car. The other accident was a car that was going southbound on Hwy 35 and lost control and ran into a light pole. No injuries were reported from the two individuals on that vehicle either.
Shot Description