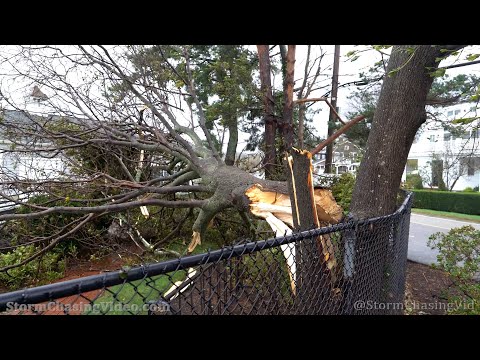 38. dock pushed around by rough seas in Scituate Harbor