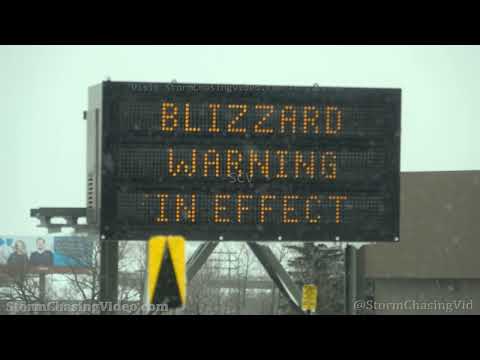 A blizzard warning continues for the north shore of Lake Superior in Minnesota. High winds moving from east to west across Lake Superior. This reverse flow on the north side of the low is bringing heavy wet show, high winds and at times white out conditions and large waves, depending on your location.
Shot Description

Footage of the hazardous drive on Interstate 35 just south of Duluth, MN of vehicles in the ditch and tree’s down from the heavy wet snow.

Footage of snow plows trying to keep up with the heavy snow in the higher elevations around Duluth.

Footage of huge waves at Canal Park in Duluth where the air temp is warmer due to the warm water from the lake.

Footage of Surfers, yes Surfers on Lake Superior, trying to surf in the barely above freezing water.