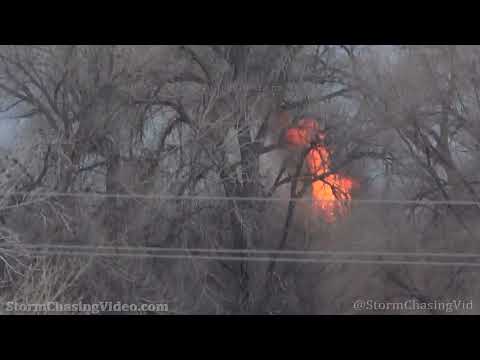 A wildfire comes dangerously close to structures west of Pueblo, Colorado on April 10, 2022. Extremely dry and windy conditions triggered Red Flag Warnings across eastern Colorado, the fire in Pueblo County forced an evacuation of Paws for Life, a nearby animal shelter.

00:00 – Mid shot of fire behind firetruck and structures

01:24 – Tight shot of firefighter keeping a containment perimeter with firetruck