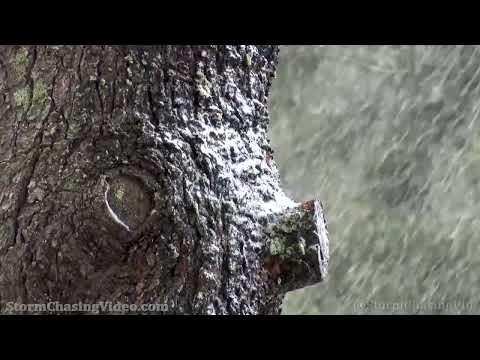 A spring storm is bringing northwestern Wisconsin a late season snowfall. This is rather normal up here to see snow in April. However after the long winter we have had. Many people are getting sick of the snow now. The mess started off as rain then it mixed with sleet. The sleet became all snow, and it became heavy. This was enough to turn the ground white, along coat roofs and trees.
Shot Description