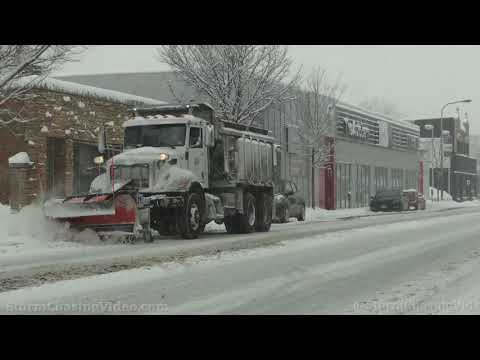 Shots 13-14 – Several feet of snowfall piled up along a fence line bordering the Edens Expressway and Lake Street.

Shot 21 – The Edens Expressway after the morning rush hour which was significantly impacted by the moderate lake effect snowfall that occurred.