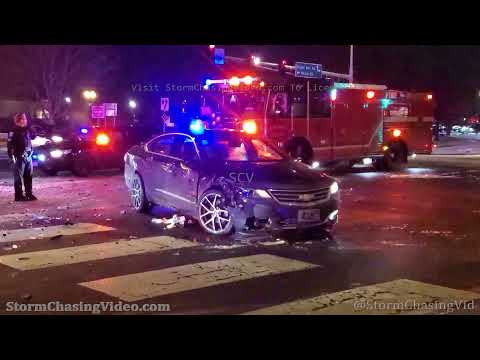 Just after 7 PM, several callers reported a shooting/stabbing in the Marathon Gas Station at 1969 Silver Bell Rd. It is reported that a victim was shot in the head but was reported to still be breathing. There was also a reported accident in connection with the shooting at the intersection of Cedar Grove Parkway and Silver Bell. This accident is believed to be from the suspect trying to flee the scene. The male suspect ended up leaving the scene and was later apprehended down the road outside the Express store at the Outlet Mall. At least one other person was injured in the car accident as well.
Shot Description

Shot 1-3: Emergency personnel arriving at the scene of the shooting/accident.
Shot 4-end: Various shots from the scene of the crash that involved two vehicles. In one scene you will see one passenger being taken out of the drivers side scene. He was one of the victims in the crash. There are also clips from the a distance where the shooting had occurred in the background.