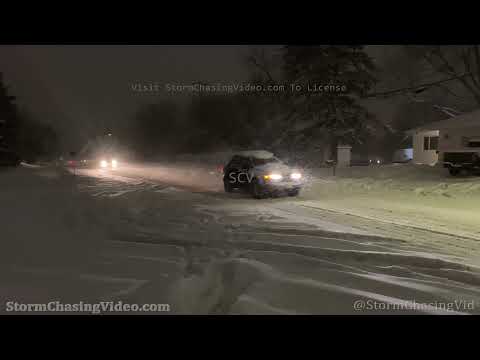 Video captured from West St Paul of the heavy snow that has fallen across the Twin Cities Region. In the following clips you will see cars driving on heavy snow covered roads, snow and flag whipping in the wind, and a plow plowing the road.
Shot Description