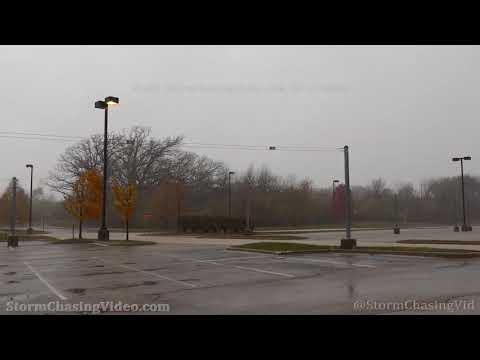 The first snowfall of the season affected portions of the Chicago Metropolitan Area on November 12, 2021. Clips included are from the northern metro, including a vehicle sliding and nearly rear ending another vehicle, fall colors with snowfall, and graupel hitting a windshield.
Shot Description

Shot 1 – A vehicle slides to the side of the roadway while heavy snowfall rates were occurring, nearly striking the vehicle in front of it.

Shot 4 – Graupel hitting the windshield while parked at the Metra Train Station in Crystal Lake, Illinois.