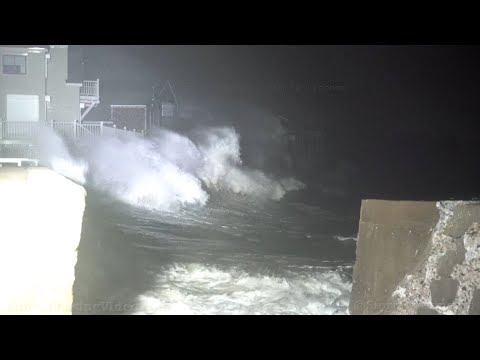 All footage shot during night darkness during early morning of October 27, 2021 in Scituate, MA by Meteorologist Simon Brewer
Shot Description