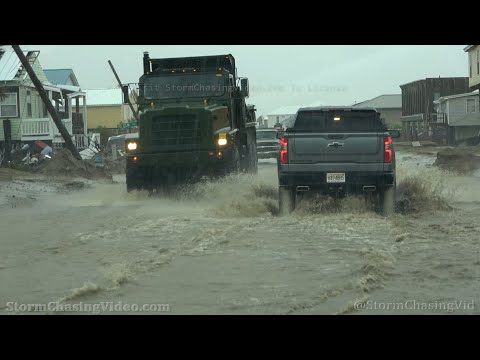 All footage recorded in and near Grand Isle, LA during afternoon daylight on September 15, 2021 by Meteorologist Simon Brewer