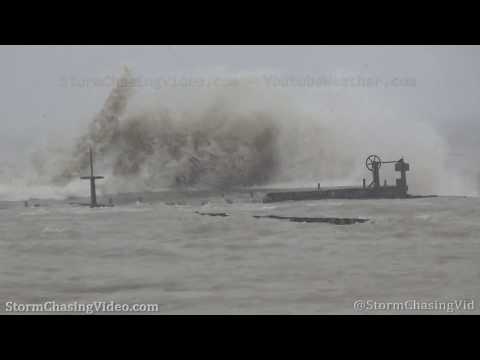 The first impactful Winter Weather Advisory combined with a Lakeshore Flood advisory to bring quite a cold, raw weather system to the Chicago Metropolitan Area. On Lake Michigan, waves grew upwards to twelve feet in height as strong northwest winds combined with near historic water level heights, battering the Illinois, Indiana, and Wisconsin shorelines. Several inches of snow were forecasted throughout the day, with as much as five inches reported within the Chicago Metropolitan Area.
Shot Description

Shot 26 – Gusty winds whip an American flag at a gas station at Illinois routes 22 and 43 in Bannockburn, Illinois.