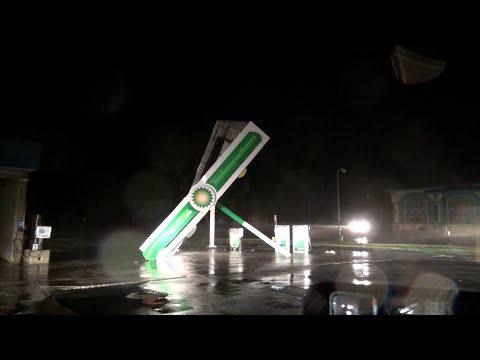 Very large and destructive waves impact North Topsail Beach (and North Carolina coastal areas) late in the day on September 13, 2018 as hurricane Florence lingers offshore. The hurricane generated large east and southeast swell waves during its long trip across the Atlantic Ocean and is about 100 miles offshore. The winds are from the north, and actually blowing side-offshore, against the breaking surf, causing spin-drift (back-spray) and a “gnarly” appearance to the 10 to 15 foot breakers. Tides are still above normal with storm surge and wave run-up causing damage to homes and severe beach erosion. Later the storm eye will move in just south of this area, and winds will be onshore and push even more water inland.