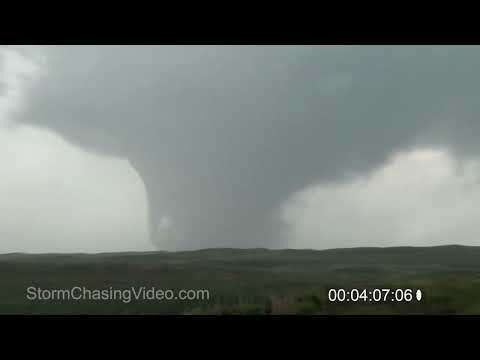 Archive Footage of an amazing chase day with multiple tornadoes near the town of Canadian, Texas!

We documented at least 4, maybe 5 tornadoes, along with numerous funnel clouds just north of town. Supercell thunderstorms on this day developed in an environment of extreme instability during the mid afternoon, surface based CAPE values approaching 6000 were observed, which even for Tornado Alley, is very high. It wasn’t long before storms went tornadic, and began producing large hail, torrential rains, intense cloud to ground lightning, and ultimately, multiple funnel clouds and tornadoes.