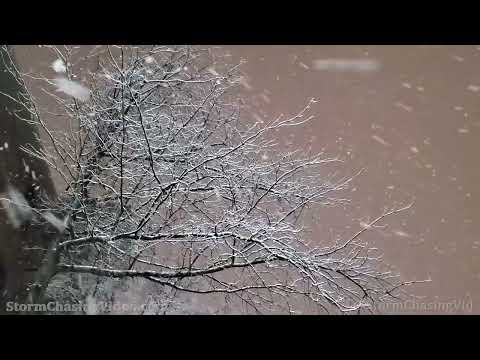 A low-pressure system worked across the Twin Cities late Sunday evening bringing mixed precipitation that ended up changing over to heavy snow resulting in several inches of snow accumulating in a short period of time all across the region. The following clips are from a southern suburb of the Twin Cities, Eagan, where heavy snow resulted in slick conditions and reduced visibility. An estimated 2.0 inches of snow fell in about a 2-hour timeframe.
Shot Description