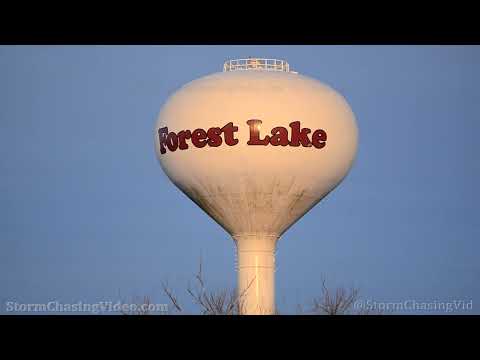 A small man-made plane crashed in Forest Lake, Minnesota in the marsh near Hwy 35 and Hwy 8 just after 5 PM. Several calls came in reporting the crash. Police and fire found the plane, but the pilot was not initially found with the plane. After a small search he was found, and was reported to be not injured.
Shot Description

Shots 1-6: Several shots of plane crashed, close, medium, and wide in the marsh with the tail up in the air and traffic in the background on Hwy 35.
Shot 7-10: Various close and medium shots of emergency vehicles and police from Forest Lake, Minnesota fire department.
Shot 11-12: Two shots close and wide of Forecast Lake water tower.