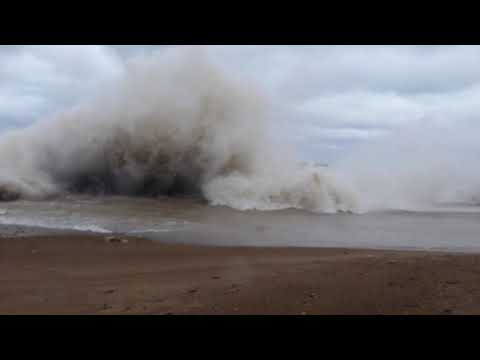 A powerful storm system affected the Great lakes with powerful winds resulting in trees and power lines down as well as raising wave heights upwards to 20 feet on Lake Michigan during the morning of October 25th, 2021. All footage from the Illinois/Wisconsin border region, between Milwaukee and Chicago while a Lakeshore Flood Advisory and Wind Advisory was in effect.
Shot Description