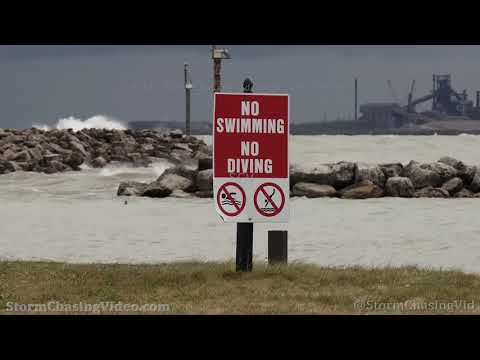 A potent storm system allowed for northerly gales to utilize the entire length of Lake Michigan during the morning hours of September 23, 2021. Waves as high as 16 feet were commonly found along the southern shores of Lake Michigan in Northern Indiana. Waterspouts attempted to form with some weak funnel-like features noted.
Shot Description

Shots 1-22 – Clips of wave action on Lake Michigan from various points in Northern Indiana including Gary, Whiting, and Ogden Dunes. The Chicago skyline is included in a few clips.

Shots 23-25 – Clips of possible funnels associated with a storm system on Lake Michigan. All clips from Northern Indiana including Gary, Whiting, and Ogden Dunes.