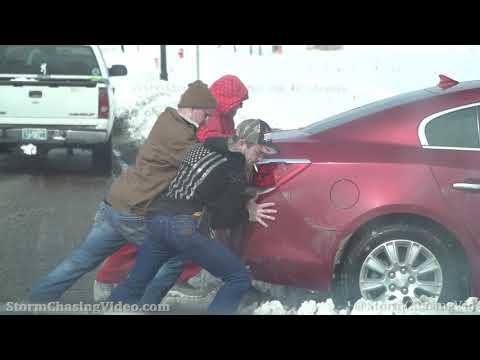 The last two snow storms that impacted the Oklahoma City area have resulted in a travel headaches across the region with plow crews still trying to get roads clear and people still are getting stuck on several side streets that remain unplowed.
Shot Description

Shots 1-8: Several clips of people trying to get a red car unstuck that was trying to turn onto a side street and was blocking the main drag.
Shots 9: Two vehicles stopped in the road blocking plow crews trying to clear the road of snow and causing a traffic back up
Shot 10: Plow truck sitting at a stop light
Shot 11-14: Several clips, both close and wide, of plow trucks clear snow off a main drag road in OKC.
Shot 15: Video of a van stuck in the snow with a flat tire.