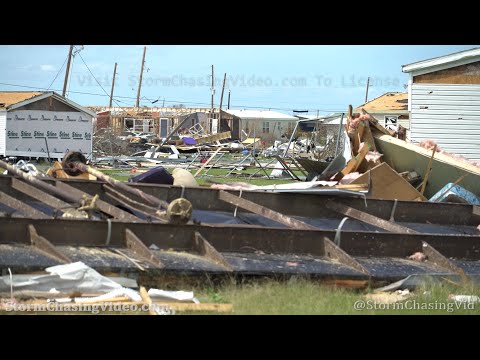 All footage shot in Grand Lake and southern areas of Lake Charles, LA during morning of August 27, 2020 by Meteorologist Simon Brewer

4-5. truck flipped over in Grand Lake from incredible winds

20-22. RVs flipped over from high winds near Grand Lake, LA

36-44. various shots of dogs, horses, cows, and an alligator among widespread damaged areas from Hurricane Laura near Grand Lake, LA