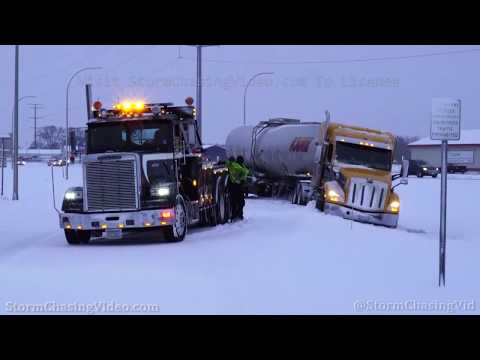 A powerful burst of snow and freezing rain hit Interstate 94 in eastern Stearns County, MN creating a very slick driving conditions with snow and ice compacting to the road surfaces. Several accidents created gridlock on the interstate for about an hour as crews worked to clear the wrecks.

Scene 2 Four clips of a Semi Truck being pulled out of a ditch along Interstate 94.

Scene 3 POV Driving in slow traffic on Interstate 94 with about a inch of ice covering the road surface.